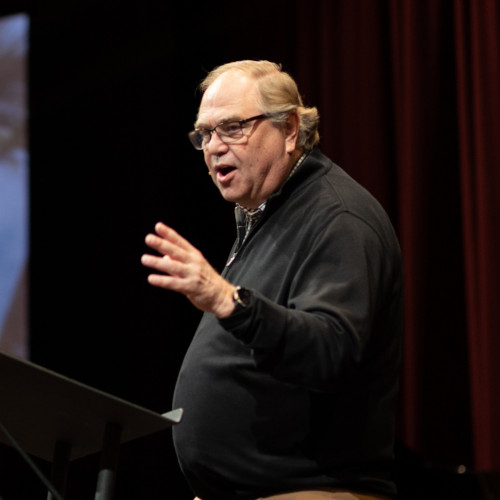 Dr. Tom Messer is the Senior Pastor at Trinity Baptist Church in Jacksonville. A native of Northfield, Massachusetts, Dr. Messer graduated from Maranatha Baptist Bible College where he earned his undergraduate degree in 1982 and was later awarded a Doctor of Divinity. In 1982, he began his association with Trinity Ministries as a basketball coach and teacher at Trinity Baptist College, where he earned his Master’s degree in Ministry. In 1991, he was appointed Executive Vice President of the college. On December 6, 1992, he became the pastor of Trinity Baptist Church and president of Trinity Baptist College. In 1998, he was named Chancellor of Trinity Baptist College. Pastor Messer and his wife Lisa have four children: Drew, Christie, Michael, and Jacob. Dr. Messer enjoys spending time with his family, studying the Bible, reading books on the Christian life or church growth, eating barbecue or seafood, and playing golf. He’s also a fan of basketball, football, and baseball.