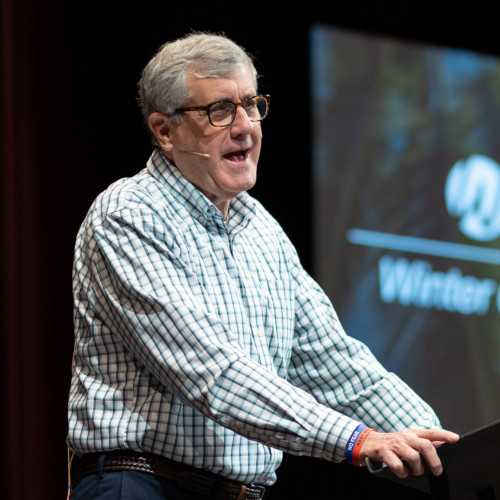 Dr. Ray Pritchard serves as president of Keep Believing Ministries, an internet-based ministry serving Christians in 225 countries. He has ministered extensively overseas in China, Bolivia, Columbia, Paraguay, Belize, Haiti, Nigeria, Switzerland, Russia, India, Nepal, and South Korea. He is a frequent conference speaker and guest on Christian radio and television talk shows. He has written 31 books, including Stealth Attack,  The Healing Power of Forgiveness,  An Anchor for the Soul,  The Incredible Journey of Faith,  The ABCs of Wisdom,  Leadership Lessons of Jesus (with Bob Briner),  Why Did This Happen to Me?, and  Credo: Believing in Something to Die For. For 26 years he pastored churches in Los Angeles, Dallas, and Chicago. Most recently he pastored Calvary Memorial Church in Oak Park, IL for sixteen years. He is a graduate of Tennessee Temple University (B.A.), Dallas Theological Seminary (Th.M.) and Talbot School of Theology (D.Min.). He has been married to Marlene for over 46 years. They have three sons (Josh, Mark, and Nick). Josh and Leah were married in July 2006 and have two children, Knox and Violet. Mark and Vanessa were married in July 2007 and have three children, Eli, Penny, and Zoe. Nick and Sarah were married in July 2014 and have two children, Hannah and Joshua. Dr. Pritchard’s hobbies include biking, surfing the Internet, and anything related to the Civil War.