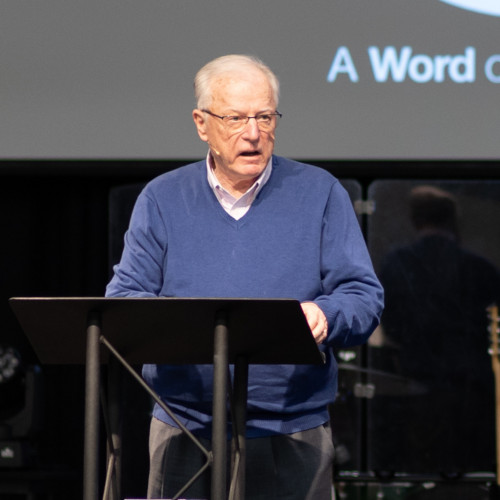 Dr. Erwin W. Lutzer is Pastor Emeritus of The Moody Church where he served as the Senior Pastor for 36 years. He earned a B.Th. from Winnipeg Bible College, a Th.M. from Dallas Theological Seminary, a M.A. in Philosophy from Loyola University, and an honorary LL.D. from the Simon Greenleaf School of Law. A clear expositor of the Bible, he is the featured speaker on three radio programs that are heard on more than 1,000 outlets in the United States and around the world. Dr. Lutzer is also an award-winning author of numerous books including: We Will Not Be Silenced – Responding Courageously to Our Culture’s Assault on Christianity, Pandemics, Plagues & Natural Disasters – what is God Saying to Us?,  The Church in Babylon, The Power of A Clear Conscience, Rescuing the Gospel, One Minute After You Die, God’s Devil, He Will Be the Preacher (this is Dr. Lutzer’s autobiography), Christ Among Other Gods, and Hitler’s Cross. Books by Rebecca Lutzer include: Life-Changing Bible Verses Every Woman Should Know, Awesome Bible Verses Every Kid Should Know…And What They Mean. Dr. Lutzer’s speaking engagements include Bible conferences and seminars, both domestically and internationally, including Russia, Belarus, Germany, Scotland, Guatemala, and Japan. He also leads tours to Israel and the cities of the Protestant Reformation in Europe. Dr. Lutzer and Rebecca live in the Chicago area. They have three grown children and eight grandchildren.